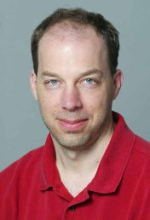 Is biology a quantitative science like physics? I will discuss the role of precision measurement in both physics and biology, and argue that in fact both fields can be tied together by the use and consequences of precision measurement. The elementary quanta of biology are twofold: the macromolecule and the cell. Cells are the fundamental unit of life, and macromolecules are the fundamental elements of the cell. I will describe how precision measurements have been used to explore the basic properties of these quanta, and more generally how the quest for higher precision almost inevitably leads to the development of new technologies, which in turn catalyze further scientific discovery. In the 21st century, there are no remaining experimental barriers to biology becoming a truly quantitative and mathematical science.

Stephen Quake studied physics (BS 1991) and mathematics (MS 1991) at Stanford University before earning his doctorate in physics from Oxford University (1994) as a Marshall scholar. He then spent two years as a post-doc in Nobel Laureate Steven Chu’s group at Stanford University developing techniques to manipulate single DNA molecules with optical tweezers. In 1996 Quake joined the faculty of the California Institute of Technology, where he rose through the ranks and was ultimately appointed the Thomas and Doris Everhart Professor of Applied Physics and Physics. Quake moved back to Stanford University in 2004 to help launch a new department in Bioengineering, of which he is now co-Chair.

Stephen Quake invented the biological equivalent of the integrated circuit. He and his students developed the first microfluidic large scale integration (LSI) by fabricating chips with thousands of mechanical valves. This technology paved the way for large scale automation of biology at the nanoliter scale, and in recent years Quake and his collaborators have used it for applications as diverse as discovering a new drug for hepatitis C, mapping the genomes of unculturable environmental microbes, and measuring gene expression in individual cancer stem cells.

Quake’s group was the first to apply microfluidic technology to the determination of protein structure through x-ray crystallography. By showing that the unique fluid physics of nanoliter scale reactors allow one to control and manipulate the kinetics of protein growth in ways that are impossible at the macroscale, they developed a chip to screen protein crystal growth conditions that outperforms conventional methods by an impressive margin. This chip has been commercialized and is used in structural biology labs in industry and academia around the world.

Quake used microfluidic plumbing to create combinatoric arrays of assays that give unique economies of scale in labor and reagent consumption; these dynamic arrays have also been commercialized and are used by major pharmaceutical companies and research organizations for applications ranging from managing salmon fisheries to studying cancer.

Quake also demonstrated the first successful single molecule DNA sequencing technology, which has been commercially developed and is a leading candidate to deliver the first $1,000 genome. In 2009 he and two co-workers sequenced his genome using the commercial version of the single molecule sequencing technology that he developed, an event that was widely reported in the popular press. He is one of the first half dozen people to have their entire genome sequenced and the only one to also have invented the sequencer used to obtain their genome. His contributions to genomics also include the development of the first non-invasive prenatal test for Down syndrome, which was enabled by next generation sequencing technologies, and the first measurement of the immune repertoire of an organism.