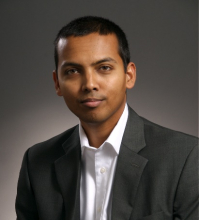 As renewable energy sources – particularly solar and wind – are providing an increasing share of our electricity needs, their intermittent nature is making it challenging for power grids worldwide to maintain reliability. Relying on batteries alone will be expensive. An alternative is “virtual energy storage” from smart loads. With appropriate control algorithms, the power consumption of loads such as air conditioners, chillers and water heaters can be varied around their baseline consumption. This variation is analogous to the charging and discharging of a battery. Loads equipped with such intelligence have the potential to provide the equivalent of a giant and inexpensive battery. There are challenges in bringing this vision to reality. A key challenge is: how to coordinate millions of loads to create a giant virtual battery so that together they provide a robust and predictable service to the power grid, while at the same time maintaining consumers’ quality of service? In this talk we describe a distributed coordination architecture to address this challenge. The architecture uses one-way broadcast from the grid and does not require the communication among the loads. Instead it uses locally available grid-frequency measurements to obtain the relevant global information. The framework is equally applicable to both real and virtual batteries.

Prabir Barooah is an Associate Professor of Mechanical and Aerospace Engineering at the University of Florida, where he has been since 2007, and is currently a University of Florid Term Professor. He received the Ph.D. degree in Electrical and Computer Engineering in 2007 from the University of California, Santa Barbara. From 1999 to 2002 he was a research engineer at United Technologies Research Center, East Hartford, CT. He received the M. S. degree in Mechanical Engineering from the University of Delaware in 1999 and the B. Tech. degree in Mechanical Engineering from the Indian Institute of Technology, Kanpur, in 1996. Dr. Barooah is the winner of Endeavour Executive Fellowship (2016) from the Australian Government, ASEE-SE (American Society of Engineering Education, South East Section) outstanding researcher award (2012), NSF CAREER award (2010), General Chairs' Recognition Award for Interactive papers at the 48th IEEE Conference on Decision and Control (2009), best paper award at the 2nd Int. Conf. on Intelligent Sensing and Information Processing (2005), and NASA group achievement award (2003).