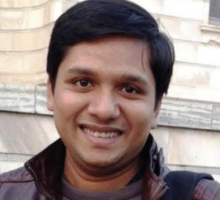 This talk will outline a recent and fast-moving development in systems-control theory, where new geometric interpretations for the stochastic prediction, filtering and optimal control problems are emerging. At the heart of this development, lies the Wasserstein metric and the theory of optimal mass transport, which induces a Riemannian geometric structure on the manifold of joint probability density functions supported over the state space. It turns out that the equations of prediction and filtering can be viewed as the gradient flows of certain Lyapunov functionals with respect to suitable notion of distance on such infinite dimensional manifold. These ideas lead to infinite dimensional proximal recursions. The well-known exact filters, such as the Kalman-Bucy and the Wonham filter, have been explicitly recovered in this setting. Perhaps more interestingly, the same framework can be used to design gradient descent algorithms numerically implementing the proximal recursions over probability weighted scattered point cloud, avoiding function approximation or spatial discretization, and hence have extremely fast runtime. The same ideas appear naturally in the finite horizon density control (a.k.a. Schrodinger bridge) problems, and there too, the Wasserstein proximal algorithms help solve certain Schrodinger bridge problems with nonlinear prior dynamics. The latter can be seen as the continuum limit of decentralized optimal control, and is of contemporary engineering interest for shaping a population density over time via feedback with applications in robotics, traffic management and process control.