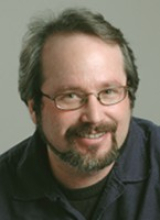 Adam Arkin is an Associate Professor of Bioengineering at the University of California, Berkeley and a Faculty Scientist in the Physical Biosciences Division at the E. O. Lawrence Berkeley National Laboratory. At the latter he is Director of the Virtual Institute of Microbial Stress and Survival. He received his B.A. in Chemistry at Carleton College in 1988, and his Ph.D. in Chemistry from M.I.T. in 1992. Before joining the National Laboratory in 1998 and the U.C. Berkeley Faculty in 1999, he did two post-doctoral stints at Stanford University in Chemistry and Developmental Biology. In 2000 he became an assistant investigator of the Howard Hughes Medical Institute. In 1999 he was given Technology Review Magazine's top 100 Innovative Young Scientist Award and in 2000 was named a Time Magazine Future Innovator.

Professor Arkin is well known for his laboratory's work to elucidate the evolutionary design principles of cellular networks and to exploit these principles for the design of new useful function in cells. He and his team employ methods from biophysics, dynamical systems, comparative functional genomics, and evolutionary game theory to understand how cellular systems process information into actions that confer fitness to an organism. His pioneering work uncovered the role of stochastic processes in the operation of cellular networks and demonstrated how biochemical noise acts to "diversify the portfolio" of a clonal cellular population, minimizing its risk of extinction. His team has begun to employ their understanding of natural cellular networks to construct new cellular systems. This is exemplified by their recent project to design and implement a tumor killing bacterium.