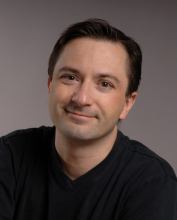 Sensing and imaging systems are under increasing pressure to accommodate ever larger and higher-dimensional data sets; ever faster capture, sampling, and processing rates; ever lower power consumption; communication over ever more difficult channels; and radically new sensing modalities. The foundation of today's digital data acquisition and processing systems is the Shannon/Nyquist sampling theorem, which asserts that to avoid losing information when digitizing a signal or image, one must sample at least two times faster than the signal's bandwidth, at the so-called Nyquist rate. Unfortunately, the physical limitations of current sensing systems combined with inherently high Nyquist rates impose a performance brick wall to a large class of important and emerging applications. This talk will overview the foundations and recent progress on compressive signal processing, a new approach to data acquisition and processing in which analog signals are digitized not via uniform sampling but via measurements using more general, even random, test functions. In stark contrast with conventional wisdom, the new theory asserts that one can combine "sub-Nyquist-rate sampling" with digital computational power for efficient and accurate signal acquisition when the signal has a sparse structure. The implications of compressive sensing are promising for many applications and enable the design of new kinds of communication systems, cameras, microscopes, and pattern recognition systems. Special emphasis will be placed on the pros and cons of the compressive sensing technique.

Richard G. Baraniuk is the Victor E. Cameron Professor of Electrical and Computer Engineering Department at Rice University. His research interests lie in new theory, algorithms, and hardware for sensing and signal processing. His work on the Rice single-pixel compressive camera has been widely reported in the popular press and was selected by MIT Technology Review as a TR10 Top 10 Emerging Technology for 2007. He is a Fellow of the IEEE and AAAS and has received national young investigator awards from the National Science Foundation and the Office of Naval Research, the Rosenbaum Fellowship from the Isaac Newton Institute of Cambridge University, the ECE Young Alumni Achievement Award from the University of Illinois, and the Wavelet Pioneer Award from SPIE. For his teaching and education projects, he has received the George R. Brown Award for Superior Teaching at Rice three times, the C. Holmes MacDonald National Outstanding Teaching Award from Eta Kappa Nu, the Internet Pioneer Award from the Berkman Center for Internet and Society at Harvard Law School, the World Technology Award for Education, the IEEE-SPS Education Award, and the WISE Education Award. He was selected as one of Edutopia Magazine's Daring Dozen Education Innovators in 2007. The non-profit open-access educational publishing project Connexions (cnx.org) he launched was a Tech Museum of Innovation Laureate in 2006.