From distributed control systems to game theory: There and back again 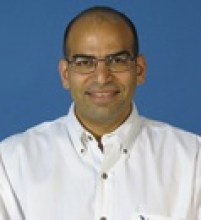 Recent years have witnessed significant interest in the area of distributed architecture control systems, with applications ranging from autonomous vehicle teams to communication networks to smart grid energy systems. The general setup is a collection multiple decision-making components interacting locally to achieve a common collective objective. While such architectures readily suggest game theory as a relevant formalism, game theory is better known for its traditional role as a "descriptive" modeling framework in social sciences rather than a "prescriptive" design tool for engineered systems. This talk begins with an overview of  how game theory can be used as an effective design approach for distributed architecture control systems, with illustrative examples of distributed coordination and programmable self assembly. Inspired by new found connections, the talk continues with a discussion of how methods from systems and control can shed new light on more traditional questions in game theory, specifically regarding evolutionary games, agent based modeling, and social influence.

Jeff Shamma is the Julian T. Hightower Chair in Systems & Control in  the School of Electrical and Computer Engineering at the Georgia Institute of Technology. Jeff received a BS in Mechanical Engineering from Georgia Tech in 1983 and a PhD in Systems Science and Engineering from MIT in 1988. Prior to returning to Georgia Tech in 2007, he held faculty positions at the University of Minnesota, UT Austin, and UCLA. Jeff is a recipient of the NSF Young Investigator Award (1992) and the American Automatic Control Council Donald P. Eckman Award (1996), and a Fellow of the IEEE (2006). He previously served on the Air Force Scientific Advisory Board (2008–2011) and is currently an Associate Editor for the IEEE Transactions on Cybernetics (2009–present) and Games (2012-present) and a Senior Editor for the newly formed IEEE Transactions on Control of Network Systems.