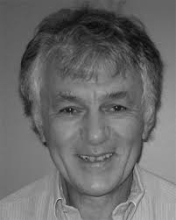 University of Toronto , Department of Mathematics

Professor Velimir Jurdjevic is one of the founders of geometric control theory. His pioneering work with H. J. Sussmann was deemed to be among the most influential papers of the century and his book, Geometric Control Theory, revealed the geometric origins of the subject and uncovered important connections to physics and geometry. Jurdjevic's expertise also extends to differential geometry, mechanics and integrable systems. His publications cover a wide range of topics including stability theory, Hamiltonian systems on Lie groups, and integrable systems. His most recent book Optimal Control and Geometry: Integrable systems published by Cambridge Press this June, a synthesis of symplectic geometry, the calculus of variations and control theory, provides a foundation for many problems in applied mathematics and strongly reflects his current research interests. Professor Jurdjevic has spent most of his professional career at the University of Toronto.