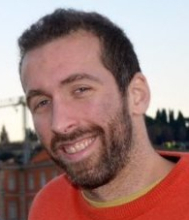 Biological and advanced cyberphysical control systems often have limited, sparse, uncertain, and distributed communication and computing in addition to sensing and actuation. Fortunately, the corresponding plants and performance requirements are also sparse and structured, and this must be exploited to make constrained controller design feasible and tractable. We introduce a new "system level" (SL) approach involving three complementary SL elements. System Level Parameterizations (SLPs) generalize state space and Youla parameterizations of all stabilizing controllers and the responses they achieve, and combine with System Level Constraints (SLCs) to parameterize the largest known class of constrained stabilizing controllers that admit a convex characterization, generalizing quadratic invariance. SLPs also lead to a generalization of detectability and stabilizability, suggesting the existence of a rich separation structure, that when combined with SLCs, is naturally applicable to structurally constrained controllers and systems. We further provide a catalog of useful SLCs, most importantly including sparsity, delay, and locality constraints on both communication and computing internal to the controller, and external system performance. The resulting System Level Synthesis (SLS) problems that arise define the broadest known class of constrained optimal control problems that can be solved using convex programming. We end with an example that illustrates how this system level approach can systematically explore tradeoffs in controller performance, robustness, and synthesis/implementation complexity. This is joint work with Yuh-Shyang Wang and John C. Doyle at Caltech.

Nikolai is a postdoctoral scholar in Computing and Mathematical Sciences at the California Institute of Technology. He received the B.A.Sc. and M.A.Sc. in Electrical Engineering from the University of British Columbia, and the Ph.D. in Control and Dynamical Systems from the California Institute of Technology in June 2016. His research interests broadly encompass the use of layering, dynamics, control and optimization in the design and analysis of complex cyber-physical systems; current application areas include software defined networking and sensorimotor control.