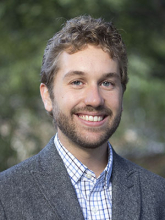 Vehicular traffic networks are an example of flow networks whereby physical material (e.g., vehicle density) flows among interconnected compartments (e.g., roads). Physical properties of flow networks, such as conservation of mass, constrains the possible dynamical behavior. In this talk, we will identify and characterize useful structural properties of such systems. First, we exploit intrinsic properties of traffic flow dynamics to derive a “mixed monotonicity” property for transportation networks that is an extension of the classical notion of monotonicity in dynamical systems and offers similarly rich tools for studying large-scale networks. Next, we will show that physical flow networks are often contractive with respect to certain non-Euclidean norms, in particular, weighted one-norms and weighted infinity-norms. This leads to easily checkable conditions for constructing Lyapunov functions. Finally, we show that periodic orbits of periodically forced contractive systems can be well-approximated using a system with simpler dynamics, e.g., a linearization or time-averaged dynamics, with easy-to-compute bounds on the approximation.

Sam Coogan is an Assistant Professor in the Electrical Engineering Department at UCLA. He received the B.S. degree in Electrical Engineering from Georgia Tech (2010), and the M.S. and Ph.D. degrees in Electrical Engineering from the University of California, Berkeley (2012 and 2015). In 2015, he was a postdoctoral research engineer at Sensys Networks, a wireless traffic sensing company, and in 2012 he was a research intern at NASA's Jet Propulsion Lab. He received the Eli Jury Award from UC Berkeley EECS in 2016 for "outstanding achievement in the area of systems, communications, control, or signal processing", the Leon O. Chua Award from UC Berkeley EECS in 2014 for "outstanding achievement in an area of nonlinear science", and the best student paper award at the 2015 Hybrid Systems: Computation and Control conference. His research focuses on developing scalable tools for verification and design of networked cyber-physical systems and especially focuses on creating efficient and intelligent transportation systems.