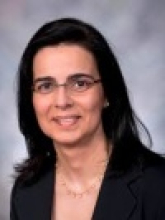 Over the last decade, the development of fast and reliable motion planning algorithms has deeply influenced many domains in robotics, such as industrial automation and autonomous exploration. However, advances in motion planning have not impacted drastically the programming of robots, which continues to be low-level, error-prone, and difficult to compose, unless this task is performed by experts. Our research goal is to ameliorate this situation through frameworks that allow the synthesis of low-level motion from high-level specifications. High-level specifications declare what the robot must do, rather than how this task is to be done. This talk will briefly present the state-of-the-art in sampling-based motion planning and will then focus on approaches that can be applied to general robotics systems in order to produce motion plans that satisfy high-level specifications. Our research explores the links among formal methods from logic and verification, classical motion planning from robotics, and task planning from artificial intelligence. If time permits, this talk will also discuss how our work leads to robotics-inspired methods for the analysis of molecular motion with the ultimate goal of aiding the discovery of new therapeutics.

Dr. Lydia E. Kavraki is the Noah Harding Professor of Computer Science and Bioengineering at Rice University. She received her B.A. in Computer Science from the University of Crete in Greece and her Ph.D. in Computer Science from Stanford University. Her research contributions are in physical algorithms and their applications in robotics (robot motion planning, hybrid systems, formal methods in robotics, assembly planning, micromanipulation, and flexible object manipulation), as well as in computational structural biology, translational bioinformatics, and biomedical informatics (modeling of proteins and biomolecular interactions, large-scale functional annotation of proteins, computer-assisted drug design, and systems biology). Dr. Kavraki has authored more than 200 peer-reviewed journal and conference publications and is one of the authors of the robotics textbook titled "Principles of Robot Motion" published by MIT Press. She is heavily involved in the development of The Open Motion Planning Library (OMPL), which is used in industry and in academic research in robotics and bioinformatics. Dr. Kavraki is currently on the editorial board of the International Journal of Robotics Research, the ACM/IEEE Transactions on Computational Biology and Bioinformatics, the Computer Science Review, Big Data, and PeerJ Computer Science. She is in the editorial committee for the new Annual Reviews for Robotics, Control, and Autonomous Systems, Annual Review and also a member of the editorial advisory board of the Springer Tracts in Advanced Robotics. Dr. Kavraki is the recipient of the Association for Computing Machinery (ACM) Grace Murray Hopper Award for her technical contributions. She has also received an NSF CAREER award, a Sloan Fellowship, the Early Academic Career Award from the IEEE Society on Robotics and Automation, a recognition as a top young investigator from the MIT Technology Review Magazine, and the Duncan Award for excellence in research and teaching from Rice University. She is a Fellow of ACM, IEEE, the Association for the Advancement of Artificial Intelligence (AAAI), the American Institute for Medical and Biological Engineering (AIMBE), the American Association for the Advancement of Science (AAAS), the World Technology Network (WTN), and has received the Texas Women in Science Award by BioHouston. Dr. Kavraki is a member of the Academy of Medicine, Engineering and Science of Texas (TAMEST), and an elected a member of the National Academy of Medicine