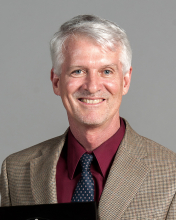 Model predictive control (MPC) has become the leading advanced controltechnology deployed in the chemical and process industries, and iscurrently being evaluated for use in many other application areas.In this talk, I present two aspects of applying MPC that motivatefurther research investigation into both theoretical properties andefficient computational methods for deployment.The first issue is how we can use MPC to address the larger goal ofoptimizing process economic performance rather than traditional lowerlevel tasks such as setpoint tracking and disturbance rejection. Tooptimize economic performance, we also have to address discrete, inaddition to continuous, actuators. Many processes require discretedecisions (actuators) such as which chillers or furnaces to turnon/off at which times. Traditionally these discrete decisions aremade heuristically and removed from the automatic feedback controllayer. We need to incorporate these discrete actuators directly intothe online optimizing feedback controllers to improve the overalleconomic performance. I'll describe deploying an economic MPC systemon the Stanford Energy System Innovations (SESI) project in a researchcollaboration with Johnson Controls, Inc.The second issue is how to estimate the state of the system in an MPCapplication. We focus here on moving horizon estimation, which isanother model-based, online optimization technology similar to MPC.We present some preliminary thoughts on how to build betterLyapunov-like analysis tools for the class of moving horizon stateestimators.

James B. Rawlings received the B.S. from the University of Texas and the Ph.D. from the University of Wisconsin, both in Chemical Engineering. He spent one year at the University of Stuttgart as a NATO postdoctoral fellow and then joined the faculty at the University of Texas. He moved to the University of Wisconsin in 1995, and then to the University of California, Santa Barbara in 2018, and is currently the Mellichamp Process Control Chair in the Department of Chemical Engineering, and the co-director of the Texas-Wisconsin-California Control Consortium (TWCCC). Professor Rawlings's research interests are in the areas of chemical process modeling, monitoring and control, nonlinear model predictive control, moving horizon state estimation, and molecular-scale chemical reaction engineering. He has written numerous research articles and coauthored three textbooks: "Model Predictive Control: Theory Computation, and Design," 2nd ed. (2017), with David Mayne and Moritz Diehl, "Modeling and Analysis Principles for Chemical and Biological Engineers" (2013), with Mike Graham, and "Chemical Reactor Analysis and Design Fundamentals," 2nd ed. (2012), with John Ekerdt. In recognition of his research and teaching, Professor Rawlings has received several awards including: election to the National Academy of Engineering; William H. Walker Award for Excellence in Contributions to Chemical Engineering Literature from the AIChE; "Doctor technices honoris causa" from the Danish Technical University; The inaugural High Impact Paper Award from the International Federation of Automatic Control; The Ragazzini Education Award from the American Automatic Control Council; The Computing in Chemical Engineering Award