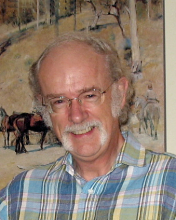 Motivated by problems in neuroscience (unsupervised learning) and decentralized control (for example, power and microgrids), we describe network models for the analysis of dynamics on functional adaptive networks. Dynamics is typically piecewise smooth and we illustrate some of the phenomena that can occur, using both synchronous and asynchronous network structures, as well as describe the notion of an 'evolutionary' bifurcation induced by a change in network topology.

Michael Field received the BA degree in mathematics from Cambridge University in 1967, the MA in 1968, and the PhD degree in mathematics from Warwick University (UK) in 1970.He has held permanent positions at the University of Warwick (UK), University of Sydney (Australia), and the University of Houston as well as many visiting positions. More recently he was a Marie Curie International Fellow at Imperial College (2014-2016) after which he was a Senior Research Investigator at Imperial until his return to the USA in 2018. Currently his affiliation is with Rice University (since 2012). Field's research has mainly been in dynamical systems with a focus on bifurcation and symmetry and, more recently, on network dynamics, asynchronous networks and nonsmooth dynamics, with applications to unsupervised learning (neuroscience) and decentralized control (power and microgrids).