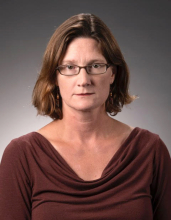 How does the brain control behavior? I've been investigating aspects of this question for my whole scientific career. From Punnet Squares in high school, I was hooked on a genetic approach. I learned about axon guidance and Drosophila in college by doing lab work on the R7 photoreceptor cell in the fly eye. Exploring how expression of different Roundabout receptors set neuron positions during the development of the embryonic midline showed me the beauty of visual read-outs of genetic manipulations. Temperature-sensitive mutants in ion channel genes could be used to screen for behaviorally-critical neurons. I started my own lab at the HHMI Janelia Research Campus in 2006 to investigate neural circuits coordinating complex behaviors in flies. We developed tools to visualize and manipulate specific neurons and studied several behaviors - feeding, proboscis extension, courtship song, and grooming. In 2015, I moved to the University of California Santa Barbara, where my lab will focus on how complex motor sequences are controlled by specific neural circuits.