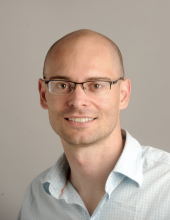 Reinforcement learning and imitation learning have seen success in many domains, including autonomous helicopter flight, Atari, simulated locomotion, Go, robotic manipulation. However, the amount of data required for these methods remains very high. In contrast, humans can pick up new skills far more quickly. To do so, humans might rely on a better learning algorithm or on a better prior (potentially learned from past experience), and likely on both. In this talk I will describe some recent work on meta-learning for action, where agents learn the imitation/reinforcement learning algorithms and learn the prior. This has enabled acquiring new skills from just a single demonstration or just a few trials. While originally designed for imitation and RL, our work is more generally applicable and also advanced the state of the art in image recognition from a small number of examples.

The problem with interacting, non-communicating agents is much more difficult than avoiding stationary objects. Each agent has only a portion of the information needed to compute the optimal or even a feasible action. Another difficulty is that, unless other agents are treated as non-interacting, the computational burden could quickly explode. The talk reviews some of the approaches including CBFs and Reinforcement Learning. A CBF-based approach developed in-house showed a very good performance avoiding collisions not only when all the agents are implementing the same algorithm, but also when an agent becomes non-interacting or even actively pursues another agent. The computational load remains reasonable with each agent, as the host, being able to handle up to 20 to 25 interacting targets.