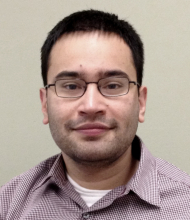 Decentralized control problems have been a topic of significant research interest due to their relevance to multi-agent systems and large-scale distributed systems.The design of optimal decentralized control strategies has been investigated under various models for inter-controller communication such as graph-based communication models and communication with delays. A common feature of much of the prior work is that the underlying communication structure of the decentralized system is assumed to be fixed and unchanging. For example, several works assume a fixed communication graph among controllers whose edges describe perfect communication links between controllers. Similarly, when the communication graph incorporates delays, the delays are assumed to be fixed and known. This is a key limitation since in many situations communication among controllers may suffer from imperfections such as random packet loss and random packet delays. These imperfections introduce a new layer of uncertainty in the information structure that is not present in the models considered in prior work. In this talk, we will describe a decentralized LQG control problem where some of the communication links suffer from random packet loss. We will first identify optimal decentralized control strategies for finite horizon version of our problem. We will then discuss the infinite horizon problem and show that there are critical thresholds for packet loss probabilities above which no strategy can achieve finite cost and below which optimal strategies can be explicitly identified.