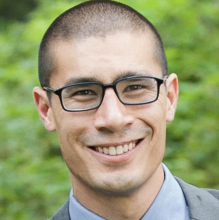 Whether packing containers in a warehouse, operating in a manufacturing plant, assisting within the home, or traversing a foreign terrain, the very nature of many robotic tasks requires safe and controlled interaction with a complex and changing world. Despite many recent advances in the field, current robots are largely limited to basic tasks in structured environments. They tend to operate slowly and cautiously, limited to carefully prescribed contacts with their environments. More natural contact-rich planning, control and modeling, that exploits rather than avoids touching the world, poses challenges to standard algorithms for both model-based and data-driven methods. In this talk, I will present our work to address the challenges posed by friction and impacts in multi-contact robotics: from theoretical and numerical modeling, to contact-rich planning, and provably-stable control synthesis. Our approaches leverage structure within the non-smooth equations of motion to enable more efficient numerical optimization algorithms. I will also discuss our recent work on bipedal walking, with a focus on closing the gap between the simple, but robust, point-mass models and full rigid-body characterizations. Applications will include both legged locomotion and robotic manipulation.

Michael Posa is an Assistant Professor in Mechanical Engineering and Applied Mechanics at the University of Pennsylvania. He leads the Dynamic Autonomy and Intelligent Robotics (DAIR) lab, a group within the Penn GRASP laboratory. His group focuses on developing computationally tractable algorithms to enable robots to operate both dynamically and safely as they quickly maneuver through and interact with their environments, with applications including legged locomotion and autonomous manipulation. Michael received his Ph.D. in Electrical Engineering and Computer Science from MIT in 2017, where, among his other research, he spent time on the MIT DARPA Robotics Challenge team. He received his B.S. in Mechanical Engineering from Stanford University in 2007. Before his doctoral studies, he worked as an engineer at Vecna Robotics in Cambridge, Massachusetts, designing control algorithms for the BEAR humanoid robot. He received the Best Paper award at Hybrid Systems: Computation and Control in 2013, was a finalist for Best Oral Paper at Humanoids in 2016, and received a Google Faculty Research Award in 2018.