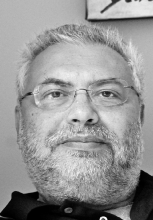 This talk focuses on the design of networked cooperative systems. These systems have to interact over networks which are often limited in their ability to reliably connect all the nodes. There are many open problems in this field. We consider bottom up decentralized design approaches and focus on networked systems that cooperate to solve collective e optimization problems. We present distributed systems that can solve convex and certain non-convex problems in the presence of unreliable communication links. Application examples include collective target localization from only range measurements, bus-level distributed Optimal Power Flow problems. Finally present some extensions to completely asynchronous cooperative distributed optimization, and design of distributed systems that solve robust optimization problems with application to robust learning.

Nicola Elia is Professor of Electrical and Computer Engineering at the University of Minnesota Twin Cities where he currently holds the and Vincentine Hermes-Luh Chair. He received the Laurea degree in Electrical Engineering from the Politecnico of Turin, Turin, Italy, in 1987, and the Ph.D. degree in Electrical Engineering and Computer Science from the Massachusetts Institute of Technology in 1996. From 1987 to 1990, he was at the Fiat Research Center, Italy. From 1996 to 1999, he was a Postdoctoral Associate at the Laboratory for Information and Decision Systems, MIT. From 1999 to 2018 he was with the Department of Electrical and Computer Engineering at Iowa State University. Dr. Elia was the recipient of the 2001 National Science Foundation CAREER Award, He is a Fellow of the IEEE. His research interests include computational methods for controller design, communication systems with access to feedback, control with communication constraints, and networked systems.