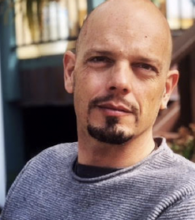 In the 1960’s Nobel Laureate Thomas Schelling came up with a dynamical system model predicting that racial segregation of neighborhoods arises even in the absence of racist sentiments, so long as individuals prefer to live adjacent to at least a small number of neighbors of their same type. In short: even moderate individual tendencies regarding neighbors can lead to global, undesired consequences. Although the model is quite simple, it gives a fascinating description at how individuals might self-segregate, even when they have no explicit desire to do so, and provides insight about the relationship between a system and its parts, or between "micro motives" and "macro behaviors.” In this talk, we provide a rigorous formulation in terms of a long-range interacting particle system, and provide additional insights in the evolution and final configuration of the system. First, we discuss a "shape theorem" for the spreading of the "affected" nodes in the network. This is the first result that precisely describes the transient dynamics of the model and shows a cascading process that creates segregated regions that are close to monochromatic balls with exponential radius in a given metric. We then study the limiting size of the largest monochromatic region, for a given interval of agents' preferences, showing that after a sufficiently long evolution time segregation occurs with high probability, and any agent is contained in a large monochromatic region of exponential size. This is the first high probability result for the two-dimensional version of the model. We also show that exponentially large almost monochromatic regions, namely regions where the fraction of nodes of the minority color vanishes, are expected for a wider interval of the individual preferences. We conclude by making some general considerations on the possible ways of curing segregation, given the insights provided by these results.Based on joint work with Hamed Omidvar.

Massimo Franceschetti received the Laurea degree (with honors) in computer engineering from the University of Naples, Naples, Italy, in 1997, the M.S. and Ph.D. degrees in electrical engineering from the California Institute of Technology, Pasadena, CA, in 1999, and 2003, respectively. He is Professor of Electrical and Computer Engineering at the University of California at San Diego (UCSD). Before joining UCSD, he was a postdoctoral scholar at the University of California at Berkeley for two years. He is coauthor of the book “Random Networks for Communication” and author of the book “Wave theory of information,” both published by Cambridge University Press. He was awarded the C. H. Wilts Prize in 2003 for best doctoral thesis in electrical engineering at Caltech; the S.A. Schelkunoff Award in 2005 for best paper in the IEEE Transactions on Antennas and Propagation, a National Science Foundation (NSF) CAREER award in 2006, an Office of Naval Research (ONR) Young Investigator Award in 2007, the IEEE Communications Society Best Tutorial Paper Award in 2010, and the IEEE Control theory society Ruberti young researcher award in 2012. He became an IEEE Fellow in 2018 and a Guggenheim fellow in 2019.