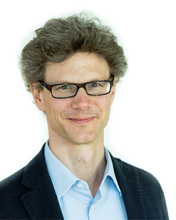 This talk reviews and investigates a large class of Newton-type algorithms for nonlinear optimization that exploit convex-over-nonlinear substructures. We show how these algorithms can be used to solve optimal control problems arising in estimation and control, and how data driven versions of these methods can be devised to achieve near optimal performance in learning and control tasks. In more detail: all of the considered algorithms are generalizations of the Gauss-Newton method, and all of them sequentially solve convex optimization problems that are based on linearizations of the nonlinear problem functions. We attempt to classify them into two major classes, one of which might be denoted by ”Generalized Gauss-Newton (GGN)”, and the other by ”Sequential Convex Programming (SCP)”. We report on applications in real-time optimal control, notably nonlinear model predictive control (MPC) and moving horizon estimation (MHE). Finally, we discuss how “zero-order” variants of these methods can be used to solve optimization problems approximately, and that in the case of MHE problems, the error is of the same size as the inherent estimation error of MHE. Further, these zero-order variants can also be used in a data driven setting, where only experimental function evaluations are available.

Moritz Diehl was born in Hamburg, Germany, in 1971. He studied physics and mathematics at Heidelberg and Cambridge University from 1993-1999, and received his Ph.D. degree from Heidelberg University in 2001, at the Interdisciplinary Center for Scientific Computing. From 2006 to 2013, he was a professor with the Department of Electrical Engineering, KU Leuven University Belgium, and served as the Principal Investigator of KU Leuven's Optimization in Engineering Center OPTEC. In 2013 he moved to the University of Freiburg, Germany, where he heads the Systems Control and Optimization Laboratory, in the Department of Microsystems Engineering (IMTEK), and is also affiliated to the Department of Mathematics. His research interests are in optimization and control,  spanning from numerical method  development to applications in different branches of engineering, with a focus on embedded and on renewable energy systems.